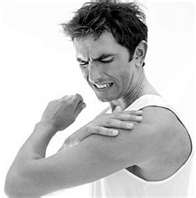 Ten million Americans are estimated to have osteoporosis. Twenty percent of those affected by the disease are men.1 Distinguished by low bone mass and bone-tissue weakening, osteoporosis can cause frailty of the bones and increase a person’s vulnerability to hip, spine and wrist fractures. Because the bones become so weak, a minor fall —or, in some cases, even a sneeze or bumping into furniture—can break them. Millions of men in the United States are affected by osteoporosis, but a high percentage of American men think of the disease as one that only affects women. In addition, males who are at risk due to their lifestyle habits fail to realize that osteoporosis can considerably affect their mobility and autonomy. Often referred to as a “silent disease,” osteoporosis advances without a single symptom until the person sustains a fracture. Though a staggering number of men develop the disease, the male’s larger skeleton leads to later starting and slower progressing bone loss—which is why osteoporosis is less frequent in men than in women. Still, osteoporosis in men has been identified as a critical public health issue over the past several years, since data shows the number of men over age 70 will increase as life expectancy rises. By the time a man is in his third decade of life, his bone mass has peaked; he usually has acquired more bone mass than women at this point as well. From this period on, skeletal bone is on the decline. However, men will not go through a quick loss of bone mass like women do after menopause. Typically around their 60s or 70s, men and women will experience decreasing bone mass at the same pace. Both genders will also experience a decline in their ability to absorb calcium, a necessary nutrient for bone health. Too much bone loss can lead to fragile bones, which can result in men and women becoming more susceptible to fractures. Fractures that typically occur in the hip, spine and wrist sometimes lead to long lasting disability.